Where Is Haworth, Yorkshire?

Haworth village has a hilltop location in the Worth Valley, West Yorkshire, England.
It is nestled in the stunning South Pennines, 3 miles (5 km) southwest of Keighley, between Oakworth and Oxenhope. According to the 2011 Census, Haworth has a pollulation of 6,379, though this is likely to include out-lying settlements and farmsteads. The village itself is likely to be just over 2,000 people.

How big Is Haworth?

According to the 2011 Census, Haworth has a pollulation of 6,379, though this is likely to include out-lying settlements and farmsteads. The village itself is likely to be just over 2,000 people.

Haworth is part of the civil parish of Haworth, Cross Roads and Stanbury in Bradford Metropolitan District Council which itself falls within West Yorkshire.

How far is Haworth from:

Is Haworth in the Yorkshire Dales?

Haworth is not in the Yorkshire Dales, but it’s just a short drive away so an ideal base to explore the Dales.

Where does the name Haworth come from?

It was first mentioned in 1209, and its name origin has various interpretations. One possible interpretation of this word is “hedged enclosure” or “hawthorn enclosure.” The earliest mention of ‘Haworth’ on record dates back to 1771.

Why is Haworth famous?

Haworth Village is famous because it’s home to Britain’s most famous female writing trio, the Brontë sisters. From steam railway trains to beautiful countryside scenery and the old Yorkshire charm of Main Street with shops, cafes and pubs; Haworth has something for everyone!

With its rich history and literary significance, Haworth village the perfect destination for anyone who loves literature or just wants to get away from it all. Browsing the many independent shops is a favourite past-time of many and what can be better that a cream tea or coffee and cake for a well-deserved treat? It’s no wonder that Haworth village is a popular visitor destination.

How do I get to Haworth Yorkshire?

Tourists and locals alike love to visit Haworth Yorkshire for its beauty, history, shops and restaurants. But what about parking? With many streets in Haworth being narrow or winding it can be difficult to find somewhere to leave your car without causing an obstruction or inconvenience for locals. Here’s a quick guide to what car parking spaces are available in the village.

Central Car Park, formerly Changegate Car Park is owned and managed by the notorious ‘Yorkshire Clamper’ (google it). We suggest you can read their Google and TripAdvisor reviews before parking there.

Not surprisingly, the busiest time of the week is at weekends during the Summer months, when it can be very popular. However, Mondays to Fridays, can be pretty quiet with many of gift shops not opening till 11am. This can be annoying when visiting in the mornings, but it does reflect the reality of a lack of demand.

Haworth doesn’t have an indoor shopping mall, so visitor numbers are also largely dictated by the weather. Haworth can therefore be a feast or famine-type place for business owners, so to compensate, some trade online or have other business activities behind the scenes.

Whenever you choose to visit Haworth, there are always cafes and some shops open, but visiting after 11am should give you more to choose from and explore.

Central Park is a well-kept green space with beautiful flower beds, bowling green and children’s playground. Located between the Haworth train station and Main Street with large grassed areas and numerous park benches, it’s ideal for picnics and to rest your legs after a busy day wandering around the village. Public toilets are also located in the top corner of the park.

The children’s playground has swings, a climbing frame and slide, and there’s also a band stand in the centre of the park to shelter under in case it rains. Various events are held in the park throughout the year, including the annual 1940s weekend.

The history of Haworth

The main industry in Haworth was the production of worsted yarn and cloth: worsteds were fine cloths using long-fibre wool.

The work was mainly carried out in factories: the biggest in Haworth was Bridgehouse Mills, on the Bridgehouse Beck in the valley below the village. The mid-19th-century census returns show that many households had fathers, mothers, sons and daughters employed in the textile industry.

In 1851, the 60-year old John Mitchell and his wife, of Hall Green, worked as handloom weavers, a vanishing occupation by that time. They probably had their looms in their cottage. Two daughters, however, worked as powerloom weavers in one of the local mills.

In addition, a son was a wool comber. This last process, which involved the combing of raw wool to produce fibres ready for spinning, was still carried out in the houses of the workers. It was an arduous and dangerous occupation, for it required charcoal or coal stoves to heat the combs. These stoves were rarely extinguished, windows were rarely opened and fumes caused illness and death.

Historic Haworth is largely a product of the 19th century. The Brontës knew a village that was a scene of constant building activity: new houses and shops were always in the course of construction and old houses were replaced by new. The cottages are substantially built of local sandstone and gritstone, with dressed stone surrounds to the doorways and mullioned windows in characteristic Pennine style.

Some houses were built back-to-back and some had a main dwelling at one level and a cellar dwelling below. Not all of Haworth’s houses, however, were relatively new in the time of the Brontës. The Old Hall at Hall Green is an excellent example of 17th-century Yorkshire Pennine housing and on North Street is another fine 17th-century house with its aisled barn alongside.

The wealthier or higher status inhabitants lived in houses which introduced new styles of architecture to the village: the Parsonage, built in 1779, has a symmetrical elevation and sash windows, in contrast to the mullioned windows of the cottages, and Woodlands, the home of the family that ran Bridgehouse Mills, has a fine restrained classical front.

A very important part of life in 19th-century Haworth was played by religion. Patrick Brontë preached for forty years in St Michael’s Church, which in his time was largely an 18thcentury building, although retaining the tower of the chapel established in 1655.

Today’s church dates from a rebuilding of 1879-80. Patrick may have felt beleaguered in Haworth, however, for the Church of England was overshadowed by the Nonconformist denominations. In 1851, Patrick could count on 500 adherents, but three times as many villagers attended the three chapels – Wesleyan and Baptist – which flourished in Haworth.

Competition extended to education: the Methodists ran a school in the village from 1821 and in 1832 the Church of England responded by building a National School, close to the church and parsonage. Patrick Brontë was instrumental in founding the school and Charlotte, Emily, Anne and Branwell all taught there. Only with the building of the Central Board Schools in Butt Lane in 1895 was non-denominational education provided for the children of Haworth.

Despite the widespread ignorance which Patrick Brontë complained about, the village did enjoy a social and cultural life. A Philosophical Society was formed in 1780 and orchestral and choral concerts were held in the church and the Black Bull. Brass bands from the mills held concerts and the Haworth Brass Band, formed in 1854 and originating as the Springhead mill band, still meet today.

The improvement of the a Mechanics’ Institute in 1849, offering a library, a newsroom and a lecture hall. Both Patrick and Charlotte Brontë were staunch supporters of the Institute, which moved in 1853 to new premises, now the Villette Café, in Main Street.

The Freemasons were active in Haworth: Branwell Brontë was a member of the Three Graces Lodge, which met in rooms in Newell Hill (now Lodge Street). Another form of association is represented by Victoria Hall, adjacent to the Hall Green Baptist Chapel. Built in 1854, the hall provided a meeting place for the Oddfellows Friendly Society, to provide help and support to its members.

Nearby, in Minnie Street, is the Drill Hall, built in 1873 to provide training facilities for the 42nd Company of the West Yorkshire Rifle Volunteers who were renowned for their shooting prowess, winning many competitions in the late 19th century.

Alongside the industry, the commerce, the religion and social life was one dominant presence in the village in the time of the Brontës: death. Haworth was a notoriously unhealthy place, as bad, it was reported, as the worst slums of London.

A poor water supply, no proper provision for sewage, harsh working conditions and perhaps even seepage from the churchyard burials were to blame. Infant mortality reached horrifying levels in the middle years of the century: 41% of children died before they were six years old. In St Michael’s churchyard, one memorial records that Joseph Heaton buried seven infant children, and there are many similar gravestones in the burial grounds. For those who survived infancy, life expectancy was around 44 years. The Brontë family itself illustrated the devastating impact of disease and sickness: none of the six children died in infancy, but none reached the age of forty.

For Haworth, nothing would be the same after the Brontës. The village expanded after the opening of the Keighley and Worth Valley Railway in 1867 and many of the local mills grew into large steam-powered factories. Brow, curiously in the valley below the village, became a distinct settlement, industrial in character.

For the village itself, on the hill above, literary pilgrimages became an important source of income, especially after the foundation of the Brontë Society in 1893. Today, the Brontë association and the preservation of the village largely as it was in the middle decades of the 19th century, make Haworth a popular and rewarding place to visit. 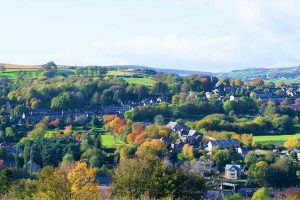 Where Is Haworth, Yorkshire? Haworth village has a hilltop location in the Worth Valley, West Yorkshire, England. It is nestled in the stunning South Pennines, 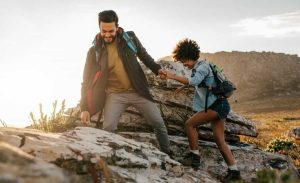 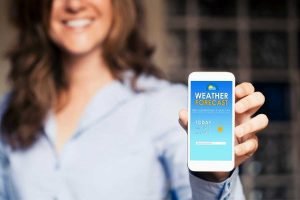 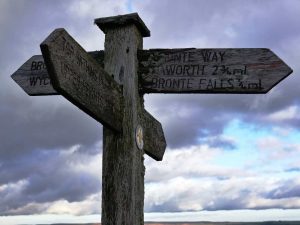 This post will be completed over the next few days, so do call back again. It will contain a mindfulness meditation audio from Jodi Anne 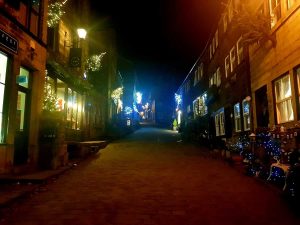 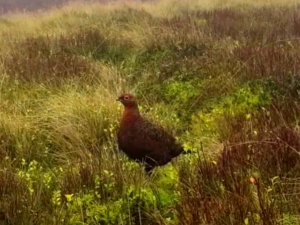 https://youtu.be/MOAyVDQN2uI For many, seeing and hearing red grouse on the moor is a bewildering experience. What is that strange cackling sound in the under-growth? These